While flowers uplift us in everyday life, they also have inspired many powerful works of art. Here are a few examples of some of the best films in which flowers play a central role:

White Oleander is a beautiful drama starring Michelle Pfeiffer, Alison Lohman, Renee Zellweger, and Robin Wright based on the novel by Janet Fitch. The tale is of a young girl’s odyssey through foster homes and her search for independence after her mother goes to jail for using a poisonous White Oleander flower to murder an ex-lover. The use of this particular flower in the story has profound symbolism concerning beauty that is both exquisite, desirable, and dangerous.

The Secret Life of Plants is an astonishing 1979 documentary in which several scientists present studies and evidence that indicate a measurable consciousness in plants, pioneered by the polygraph tests on plants under different situational stimulus by Cleve Backster. The footage and the implications of the work by these scientists are potentially life-changing, as they challenge you to consider a level of awareness in all that is living on the Earth. You can actually watch the documentary for free here: 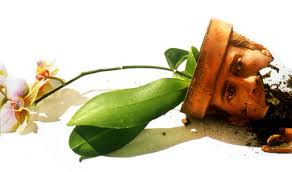 Adaptation is a masterful Oscar award winning film in which the magnificence of orchids play a key role. The thought-provoking story has parallel story lines including Charlie Kaufman, the screenwriter of the actual film played by Nicholas Cage in his only Oscar-winning role, as a central character trying to adapt the book “The Orchid Thief” into a film screenplay, the story of the woman who wrote the non-fiction novel, played by Meryl Streep, and the rare orchid hunter the book is based on, played by Chris Cooper. The film touches on the many wonders of  the orchid, and the pains humans will go thru to attain the exotic. 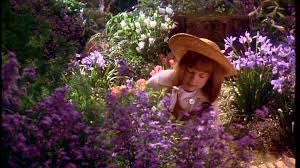 The Secret Garden is a touching film based on the novel by Frances Hodgson Burnett starring Maggie Smith.  The story is about a young girl raised in a cold, distant upbringing in India and scarred by the loss of her parents to disaster who learns how to love through her discovery of gardening and the natural world in Europe. This film is sure to inspire anyone to seek solace as well as invigoration from nature and the act of growing new life through horticulture.

These are just a few of so many films that celebrate or postulate the importance of flowers in our lives, so definitely check them out and see if they give you a new appreciation for the world of flora.